The latest collection of photo-inspired flash fiction by Pen of the Damned! Includes my piece, “All that Is”

Pen of the Damned - where angst and horror flow freely... 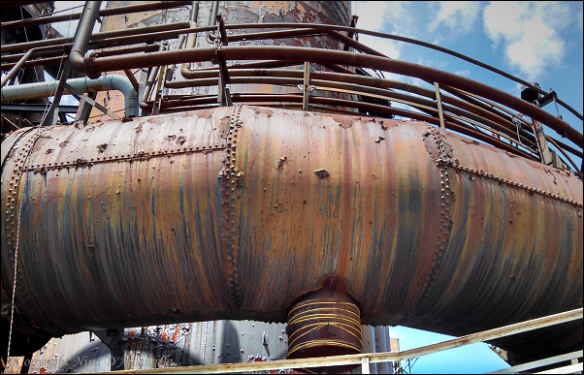 Her tears fall in gentle caress; the cacophony within grows. Metal screeches and groans as rivets strain; the contortion as abnormal as the abomination itself. Haunting echoes mimic her pain; the moan of a mother forced to witness a great affront. Torn from her body: distorted, punctured, malformed. Mother’s milk tries to soothe that which can never be unwrought.

Rusting steel, exhaust, and the roar of engines. That is the world of ancestors left us. The screams of the hopeless and the lingering smell of blood in our noses. Tonight, I stand sentinel atop this makeshift parapet, above tribal bones bleached by time and weather. Each skeleton nailed to the metal with reverence, a sacrifice to Death and warning to would-be enemies.

I wait for the hunters to ride out. Nomads have camped at the far river, and tonight, their blood runs red…